It’s a bright and sunny day and I thought for this round I’d just bring everyone up to speed on what’s going on my my writing world. 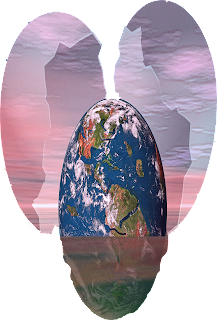 As is my usual state, there’s a lot on my plate (and no, I didn’t intend for that to rhyme.) At the moment it’s quite the juggling act. I’m helping a fellow writing out with his first book, giving a few hints on what beginners frequently do, watching for over used words, editing and evaluating what looks like it’s going to be a trilogy. Go John!

Meanwhile, back at the ranch, so to speak. I’m working steadily with my creative partner, Charlene Brash Sorensen on our comic book series, Planet Of The Eggs. We already have three adventures published (two in kindle and paperback editions and the third about ready to hit paperback as well as the currently published Kindle edition). We have great plans for the series and if you want to be updated and in the inner circle all you have to do is visit our Facebook page at www.Facebook.com/PlanetOfTheEggs and sign up for our newsletter which is about to debut where we’ll offer exclusives, giveaways funny quizzes and updates as to what’s happening with the legendary eggs. There’s a trailer for Cracked Open (the first comic in the series) too.  http://bit.ly/1WHhw9J

A real fan already? Then we have a great Café Press shop with all sorts of items emblazoned with characters and more from the series at www. Cafepress.com/PlanetOfTheEggs.

Aside from all that, which takes up an enormous amount of time, I’m working on a romance of the fantastical variety, set in the ocean’s depths. It’s about ¾ of the way complete and I’m hoping to get some time to finish it up before the end of the year.

That is, if we can manage to create a script to present for Planet Of The Eggs in preparation to offering it as a kid’s TV series.

And, I continue to create blog posts for Larry Brody’s TV Writer www.TVWriter.net about twice a month.  Come on by and check out his great site. Lots of info for writers of all persuasions and for those who are curious as to the writer’s world.

All of this explains why my posts here have been a bit erratic recently. There’s not a lot of spare time tucked in amongst the various projects. For me though that’s good. I very much enjoy a variety and a brisk pace. Only thing that slows me down is something like a cold which I’ve come to believe is nature’s way of saying would you take a nap already?

That’s the update from my writer’s central. I can only hope you're as happily busy as I.

Who am I to tell you how to get things done?  I mean really, have you seen all those articles? How to organize your year. How to succeed in 2016. How to write what you don’t want to write.


Is that the way to start a year? Well, maybe, depending on you.  It’s up to you to determine how to get things done, get yourself a plan…or not… and have at it. And it’s up to you to decide whether you want to get wrapped up on all those “whoopee it’s a new year” articles on how to launch into said new year…or not.


Really and truly it gets to be a bit much getting slammed with all this stuff each year. Every year.  It’s as if writers, instructors, whoever, in grasping for ideas to keep that content filled, keep coming up with the same thing year after year. Yep, look, even I’m doing it! It’s hard not to get sucked into the maw.


But I guess I’m in complaining mode because in the same vein I’m also sick of all those ‘old year’, ‘new year’ – old geezer and new baby cartoons.  Enough is enough already. Let’s cultivate a little imagination and get on another track.  I highly recommend putting on blinders and ignoring it all. Including me. Go away, stop reading. Go do something you want to be doing. Oh, wait, maybe this is it. Okay, read on.


Here’s the thing. New Year is either a big deal or just another day. A fresh beginning, or the continuation of what you’ve been doing. Either way it’s good. Don’t let all the hoo-ha get to you. Sometimes we stress out over that stuff and very simply, we shouldn’t.


So I’m offering simple advice. Keep on doing what you’re doing – or change direction – but do it because it’s a decision you’ve made, not because you’ve made some kind of required ‘resolution’. Take it or leave it. Up to you. 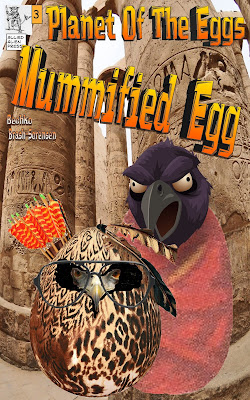 Personally I'm getting back to work on Planet Of The Eggs - the Comic Series I write and create with partner Charlene Brash-Sorensen. It's more fun than getting twisted up in the New Year thing.

Posted by Peggy Bechko at 9:33 AM No comments: