The Writer's Plague - Where the Heck Are These People? 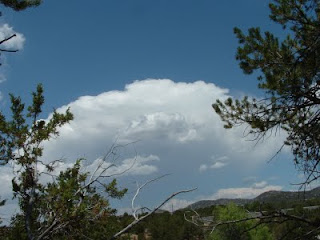 Yes, it's true, we writers have to consider every angle, every nuance of every scene we write.  Not only do our characters have to speak in a manner that matches their personality, no only do we have to describe them, their quirks and wardrobe, but we have to make sure everyone reading knows exactly where they are.

Country, city, ocean desert?  Which and we have to  make it interesting, colorful and engaging.

Think about this simple sentence.  Mary ran after Jim. 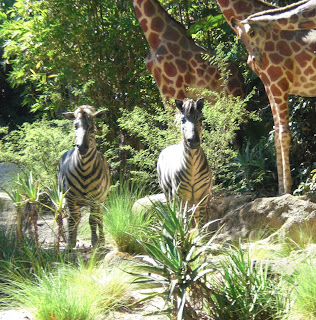 Well, yes, maybe she did, but how did she run?  Did she limp or trot or lunge or pound?  And even more important to this piece, what was she running on?  Grass, concrete, gravel, pavement, snow, sand, pine needles?  Can she feel it under foot?

As for Jim, why's she running after him; I mean how is he moving away from her?  Walking, driving a Ferrari, a VW bus?  Riding in a carriage or taking off in a spaceship.  Maybe he was kidnapped by Aliens?  Is he moving at a 'furious' gait, simply strolling, or being whisked away?

Another thing to consider when describing your location is to keep in mind the sensory details that make it the place it is.  Are leaves and twigs slapping Mary in the face as she runs?  If she's running in an old warehouse is there a distinctive smell?  Is she following in the wake of Jim's Old Spice aftershave?  Maybe, if they're in a zoo there are animal smells wafting on the air. 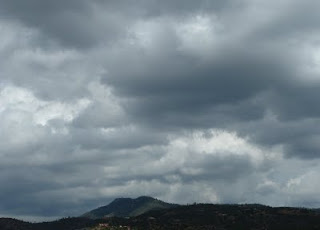 Are there any sounds that might be heard.  Machinery clanking in the background, the sounds of the surf pounding the shore, rolling thunder, the sound of the engine as Jim starts up his Ferrari, the wind in the trees?

All of these things add flavor and texture to your story.

And, again, that famous tightrope.  How much is enough and how much is too much?  That, dear writer is for you to decide.  You want enough to be engaging, but not so much that the reader is thinking, "enough already, get on with the story!"

And, by the way, a great cover on my Ebook adult fantasy, Stormrider.  This was one where I really  hand fun with laying in the background. Check it out and follow the link to an excerpt. 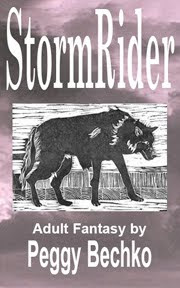 I'm totally swamped at the moment, but have been thinking about my blog.  A new post will come soon.

Meanwhile, I'm off to mail a copy of my book "The Eye Of The Hawk" to a young lady who won it in a contest.  Congratulations, enjoy the read.

Back very soon with another fresh post on writing and the writing life.

Take care everyone!
Posted by Peggy Bechko at 12:22 PM No comments:

Hey, have you all been watching this?  Are you aware that rumbling around in the background is a growing Ebook Reader 'war'?

After all this time, Ebooks appear to be coming into their own.  It looks like the future is exploding upon us.

First we had Amazon's Kindle.  Now more are following. Asus is going to offer us a new, more economical version (or so I hear) by the end of the year. Looks way cool, but I'm going to have to keep an eye on that one and see what features  it actually offers on release before I get too excited.

Then there's the new Barnes & Noble Nook.  They say it's the 'most advanced Ebook Reader in the World'.  Don't know if I buy that, and even if it's true now, how long will that be?

Moving on, there's the Sony Ebook Reader.  I have no experience with that one other than running across them occasionally in Borders bookstores.

Something is rumbling around at Apple, but it's hard to tell exactly what.  I, myself, usually find Apple to be a bit pricy. They also have what I've heard  called a Netbook.

The Zii Media book shows some real promise - I'm eager to see what that will offer for sure. A fully featured tablet with a color touch screen? Cool!

It's hard to tell right now what the future holds here.  I'm rooting for something really good and reasonably priced.  So far they've been too expensive when I can just use my laptop that only cost $450 and can do everything as opposed to say $250 for a dedicated reader that does only that.  But, I'm open!  In fact, I really do want an Ebook reader.

Problem is, they need to get a common platform so consumers can download from many sources, just like you can walk into any bookstore and pick up a book.  This dedicated thing where you can buy only from the source where you got the reader really is bad news.

Fascinating, no?  Hope you have fun checking them out...and maybe digging up something I've missed.
Posted by Peggy Bechko at 10:25 AM No comments: