That phrase leaps out at me from every writer's corner - articles, blog posts, writers' sites, everywhere. It's like somebody got a needle stuck somewhere. There are more parts, angles and nuances to writing than simply "show, don't tell." What's the matter with everyone?

The writer is god when writing a story. He or she has to take many different stances throughout the creation. The writer, when 'telling' whispers directly into the reader's ear, or shouts.

If there's something that needs to be shown, that explodes off the page, then SHOW it, let your reader actually see it happen. Same with dialog. If the words you put into your characters mouths sizzle and pop, if they really have something to say, let your reader hear it, but don't put them in the position where they have to explain everything that happens because you, as the writer, are trying to avoid 'telling.'

On to stage two. Don't be afraid to describe things, to tell your reader with all five senses in gear about a landscape, the smells of a forest, what a character is thinking about or the underlying motivation in your tale. It's sort of like weaving, choosing the right thread for the right situation.

And don't forget to cut things you don't need to show your reader - a number of writers have commented on this, saying you need to leave out the parts the readers don't want to read. If your heroine is at her office getting ready to go to lunch your readers don't need to see her shut down her computer, put her pen down, close her files, stand up from her chair, walk across the office, head for the street, wave down a cab, climb in....well you get it. Just cut from her office and turning off the computer to her perhaps fidgiting at a restaurant table waiting for someone to join her.

The real trick is to vary the pace, to shake things up, to keep your readers interested.

So remember you need to do both - show and tell. Just like in kindergarten class all those years ago.
Posted by Peggy Bechko at 9:24 AM 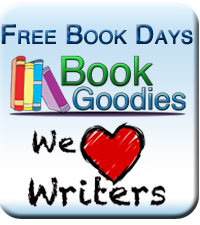