Three Books on A Desert Island Question For Readers and Writers 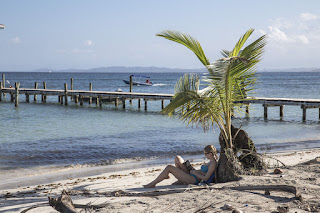 Have you ever been asked that question? You know, the one about which books, if you could take only three, or one or five, would you take with you to a desert island? Ah the seriousness of it all, the conundrum. Which books to take? Rack  your brain. Think, think, think.

Well, I’m a long time reader and writer and I have an answer. Nope, not a list of which books I’d take and a lengthy explanation as to why I chose those particular books. It’s much simpler. I’m not big on clutter or complications. 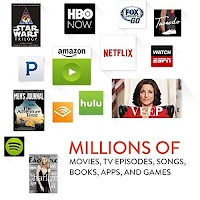 I’d take along an Ebook reader – and a solar charger.  In my case that would be a Kindle Fire, but for others it would be something else. Whatever. The Kindle plus solar charger would take up less space (if that’s an issue) and provide a whole lot more than the basic few books. In fact I could load it up with my old favorites that I like to read more than once and then hit Kindle for lots of freebies I could add to the memory and catch up with discovering new authors. That’s not to say I couldn’t purchase a number of books I’ve been meaning to read along the way as well.  How about Game of Thrones, the complete set? That would keep me busy for quite a while and take up little space on the reader. Whohoo! Just don’t hit any ‘delete’ button accidentally. There’d be no recovery.

And the reader, if it’s more of a tablet, would let me take a few downloaded movies and/or music along as well. Ah, the modern age. The wonderful world of digital. The other nice thing is I could read in the dark. Most screens are backlit so I wouldn’t be forced to attempt to ready by torch light or candle or something.

Only downside is if anything happened to the reader/tablet/Kindle/whatever, or the solar charger, there would be no ‘hard copy’ books or anything else to read, listen to or watch.

Sigh.  Well, we can’t have everything (though I’m not quite sure why not…it’s just that my Grandmother said…well, you know).  Maybe I could then pound palm leaves into some sort of paper and use charcoal from burned out palm stumps to write my own books. It’s a thought.

Anyway, that’s my answer. I’d risk it. Hopefully if it was a castaway situation I’d be rescued before something untoward happened to my electronics. 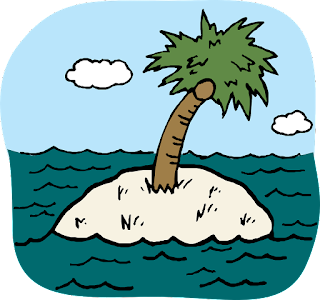 From the Beginning – Five Writer’s Gripes About Novel Starts 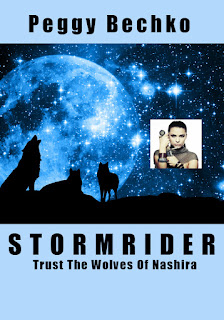 I’m a writer, but I’m also a reader. Even if you aren’t both I’m sure there are things about the beginning of a book, the very first sentence that just bug the heck out of you.

So I’m going to talk here a bit about beginnings – specifically the very beginning – the first sentence of a novel which ideally is supposed to grip the reader by the eyeballs and not let them go.

Um, yeah. So here are five ‘do-nots’ from my perspective as both writer and reader. 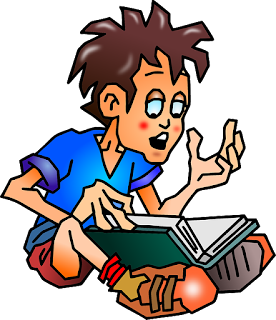 First, it’s the beginning. I know nothing of what’s going on so let’s not start with a really long sentence. Those usually aren’t too good anywhere in the book, but at the very beginning they can be killers. A long sentence provides just too many ideas and bits and pieces of information all randomly connected for the reader to make any sense of by the time the sentence is finished. And this, as the very first sentence…not a good idea. Way to turn off the reader. Come on! It’s the first sentence.

Second, I’m not wild about books that start right out with dialog. I mean at this point, need I reiterate, it’s the beginning. The reader isn’t acquainted with any of the characters, knows nothing about the plot, where they’re at or what they are doing or intend to do. So why would the reader care what someone is saying at the very inception of the book? When I see a start like that I suspect it’s a sort of a gimmick the writer learned somewhere. I know I know, “it’ll all make sense later”. Probably not for me because that second sentence better be a doozy to keep me reading beyond that first, “So you wanna go to the park?” dialog bomb at the beginning. A beginning like that doesn’t tweak any questions or raise any interest in my brain. Just lost interest. On to something else. 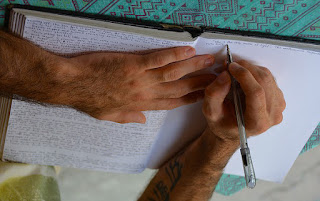 Another thing (I guess this is the third) that gripes me is the revelation the whole opening was a dream or maybe a flashback or maybe a visitation from another dimension. I don’t know about you, but I’d rather keep on track. Diversions can occur later, but I want that first sentence hook to really give me something. It’s supposed to be a hook, remember?

Okay, next. The fourth gripe on my list. Since this is the beginning and I as a reader have no idea what is happening, why would I care where it’s happening? I mean a writer showing off some purple prose in the first sentence without connecting how it’s relevant to the story is probably going to lose readers. Fast. Readers are in it for the story, not a detailed description of the scenery. As the story evolves the reader might well enjoy a vivid description, but please, make that description relevant. This is not a showcase for the writer’s vocabulary.

And the fifth and final frustration on my novel beginnings 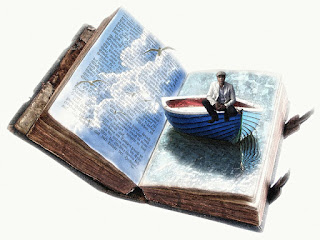 list is the excruciatingly ordinary start. You know, something like: At six in the morning, on March 2, the start of his thirtieth year, John Snow climbed out of bed. There are exceptions of course and writers who can pull this off, but mostly what is there about an introductory sentence like that that would catch the attention of a reader?

So those are my gripes. Have you got any novel gripes that really bug you? Either a beginning or something else? Things that might make you just close a book and forget it. Toss in a comment below if you do…or if you disagree with any of my complaints. Go ahead, you know you want to.
Posted by Peggy Bechko at 1:57 PM No comments:

“I have always imagined that Paradise will be a kind of library.”― Jorge Luis Borges 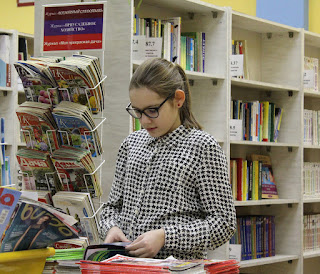 Don’t you love quotes from people you respect – or quotes that are just fun?  Do you look at them and contemplate any deeper layers of meaning? Or does it just tickle something within you that responds and makes it your own?

Like the quote above. I’m not saying it has many deep layers of meaning, but isn’t it fun to contemplate? I’m a writer and a reader. I can’t help it, it speaks to me. 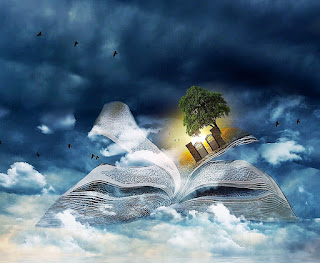 Have you thought of such a thing? I mean I’m not really into gold-paved streets, etc. I’d be much happier with a great library. A wonderful library complete with all the books of the world and including the fabulous Ereaders on where there are stored even more books!

Ah, yes, paradise. In heaven or on earth, it must be well stocked with books and scripts. And since we’re talking paradise here, they must be well-written fiction books and scripts packed with gripping tales and/or non-fiction with mind-boggling information I would have never considered on my own. You too? 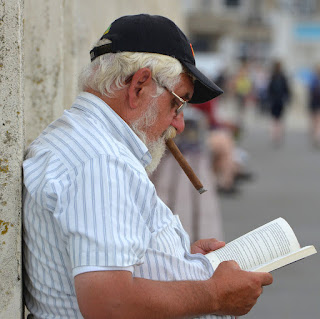 Mind-expanding fun. I mean libraries are the repositories of books, knowledge and these days, much more with access to electronic books, the web, music, TV, movies and pretty much everything else.

The other wonderful thing about libraries is that anyone can go. Wow. Really. I mean what forethought the ancients and then the more moderns had when libraries came into being. Never ending education and entertainment is available within those walls. It’s peaceful. It’s fulfilling. It offers up worlds we haven’t even dreamed of. 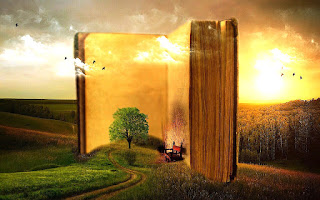 Seriously, if you haven’t been to your local library in a while, it would be very much worth your time…that is until paradise library actually exists.

Posted by Peggy Bechko at 10:54 AM No comments:

Writers and Readers Do you do Pinterest & Live on Social Media? 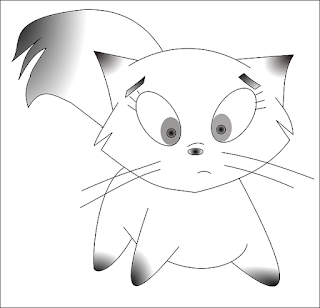 Are you addicted – or not?

If you visit Pinterest frequently, on a scale of 1 to OMG I’ve gotta stop, where do you fall?

I admit I enjoy Pinterest and I visit, but only on a ‘I have the time’ basis.  And when I do I enjoy sharing other people’s pins as well as adding some of my own such as these:

Along with a whole assortment of other pins having to do with trees, dragons, books, authors and other loves. Go ahead, visit my Pinterest page.

Social media of all types can be great fun, but they can also be a time-sucking monster. I’m a great proponent of ‘everything in moderation’. Since I’m a working writer I can’t let myself spend the whole day at the computer checking out interesting/cute/inspiring pictures with equally catchy captions.

So, what do I do? What I do makes my time on social media such as Pinterest, twitter, Facebook and others unpredictable. I have no particular time I can dedicate to those areas. I pretty much pop in whenever the time and spirit allow. Sometimes it’s between projects for a few minutes. Other times it’s in the evening after dinner and chores when I can spend a little longer perusing what’s new and adding some of my own.  It might be a weekend with a bit of spare time not writing or joining friends. Or I might just be taking a break from working. Another great time to enjoy social media is when I’m traveling…providing I can get a good WiFi connection.

And that’s why I have so many books loaded on my Kindle – I never know if that connection will exist and I love the Kindles and tablets for allowing us to have more than one kind of media close at hand. Music, books, magazines, pdf documents, videos and web access all crammed into one convenient package. Seriously, if you commute (and don’t have to do the driving yourself), what a great addition to our lives have been these amazing electronic devices.

Tell me, are you addicted to Pinterest? How addicted -- is it your ‘go to’ when looking for distraction and fascinating material? Or some other social media?

Share below your favorites and don’t forget to include links to your twitter, facebook, linkedin, pinterest…. Whatever social media you enjoy. And if you're into Facebook - head on over to our Planet Of The Eggs page at www.facebook.com/PlanetOfTheEggs and join the group & get the newsletter with the Sign Up button at the top.

Posted by Peggy Bechko at 11:49 AM No comments: