How to Write a Novel - and not just talk about it

Okay folks, I think I’m going to go back to basics for those writing novels – especially since this is national novel writing month – or NaNoWriMo as it’s called and we’re already well into it with a few of my friends participating. 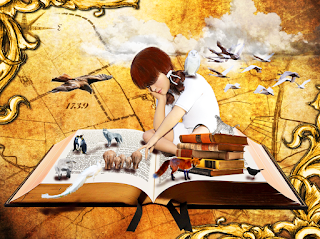 For those of you who are still kind of getting your feet wet and aren’t really on stable ground as yet. Here are a few things to get you motivated and stay on track.

First give yourself some attainable goals (you can do the really heavy duty, nearly unattainable if you want, but the attainable ones are generally reached and motivate you to continue to the next goal). Those involved in NaNoWriMo are already on that track.  I suggest you even write it down. Use strong words for yourself. For example, tell yourself you’re going to start and finish a publishable novel within a year (or six months, or whatever). If you do it you’re creating a goal and a deadline for yourself and as a writer, believe me, you need both.  It’s that old ‘it’s hard to make yourself work when you’re the only one you’re answerable to’ plague that nails many an author.

Second, the secret to completing that novel is writing. That basic. Every day won’t bring amazing paragraphs and stunning chapters, but it’s important to stick to it. To do it every day. If you’re turning out bad writing that’s okay. Eventually that bad writing will evolve into good writing. And, eventually sentences equal paragraphs and paragraphs add up to chapters and chapters…well, you get the drift. There’s a finished novel in there somewhere.

And remember for the third point here that there is no right way to write a novel. Seriously. You might plan the whole thing out from beginning to end. Another writer wings it entirely. Some ideas begin with only a title. Some writers are agonizing over the title long after the novel is written. Some people write the story. Some let the characters guide them to the end. Whatever way works for you is the way to write a novel.

Great writing is most times rewriting. That means you could well write many more pages than what the novel will actually have. You’ll do a lot of deleting and you’ll probably get mad at whoever you draft to give you input as you realize you have to delete even more, then restructure the story to fill in the holes that are left. It hurts. Almost every writer I’ve ever known resists taking out chunks. I, myself, had to reduce a novel by about a third once in order to have it published. But it DID get published. 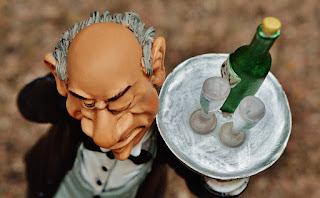 Lastly don’t forget to celebrate and pat yourself on the back when you finish a goal. Do something nice for yourself when you complete a chapter. When you finish the first draft crack open the champagne!

When it’s ready for publication blow out the stops. Truly, you’ve accomplished something amazing, don’t let it be just another day.

Now, think about what I’ve said here, then get out there and write the novel you’ve always intended to. (or that short story or comic or non-fiction or......)

Posted by Peggy Bechko at 1:11 PM No comments:

Posted by Peggy Bechko at 2:20 PM No comments:

Posted by Peggy Bechko at 11:07 AM No comments: