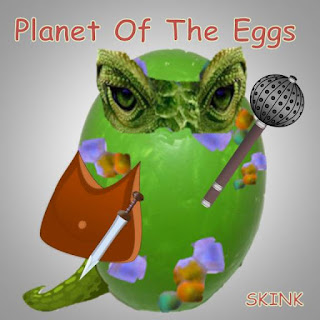 Not a tool link or an article link this week.

I've been swamped but wanted to remind my readers Planet Of The Eggs - book 1, Cracked Open is free thru Thurs. Aug. 27.

Grab it now!
Posted by Peggy Bechko at 8:51 AM No comments: 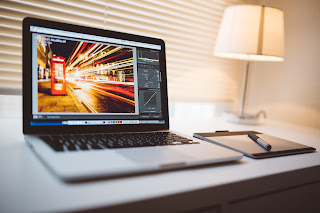 All kinds of writers (fiction, business,  non-fiction, etc.) have all kinds of reasons they need to self-edit.

For starters – well it’s the place to start. Even if you have it in your budget to hire a professional editor or you have friends in the office standing by to do a read through, the fact of the matter is you need to do a self-edit first…and maybe last.

Great news is there are all kinds of helps you can use.  But, of course there are advantages and downsides to using those tools.
The advantages?

Many tools are free or low cost, yep, you can use many of them for nothing.  These tools aren’t human so if you have a difference with them it is quite impossible to insult them or cause hard feelings. If you pay attention to what you find when using these tools you’ll learn stuff. Really, you will. And a tool won’t judge you for misspelling the same word over and over, it will simply point that out for you to correct.

One is the same as the advantage – the tools aren’t human.  They won’t think for you. A tool may give you a heads up regarding potential problems, but it’s you as the writer who needs to decide what to address and how or if you should ignore it altogether.  A tool isn’t going to fix it for you. Sometimes a tool unearths something that isn’t clear and you’ll have to dig around  in craft of writing books or style guides to figure it out.

So why don’t you give some helpful tools a try?

Check out the Hemingway App http://www.hemingwayapp.com/desktop.html   It will highlight adverbs in blue. After that you can dump them or leave ones you think are important leading the way to showing your reader instead of telling a story.

When you approach self-editing remember first it’s good to begin with the overview then work your way down to sentences and fixes for words. Use only one tool at a time or you’re really going to confuse yourself. And it isn’t necessary to use every tool in your toolbox every time you write. Think about which ones will do the job the best.

Here’s a link to eight proofreading tools you might find useful. 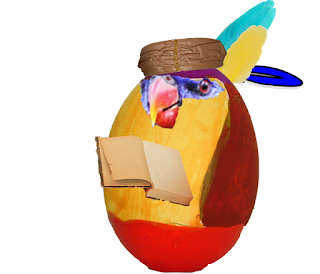 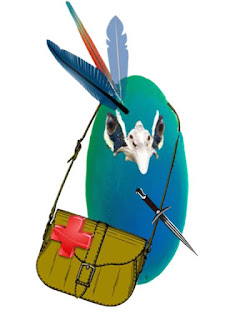 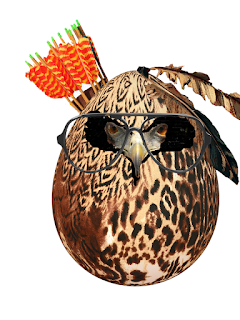 Posted by Peggy Bechko at 11:57 AM No comments:

Planet Of The Eggs Comic Free Aug 23 thru 27

Taking a moment to announce the new comic series PLANET OF THE EGGS has launched with volume 1, book, CRACKED OPEN,  and from August 23 through the 27th it's free on Amazon.com 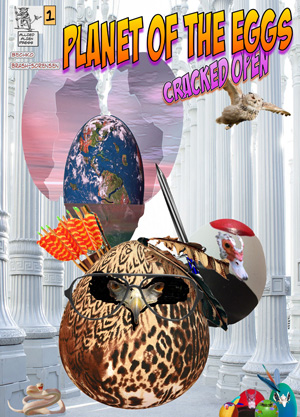 Take advantage of myself and my creative partner Charlene Brash-Sorensen and grab your copy free.  Reviews are excitedly received and most welcome though obviously not required.  Enjoy!

And don't forget to visit our Facebook page It won't be long before we'll be offering giveaways like copies of future adventures, TShirts and more.  Like it and stay in touch!
Posted by Peggy Bechko at 10:47 AM No comments: 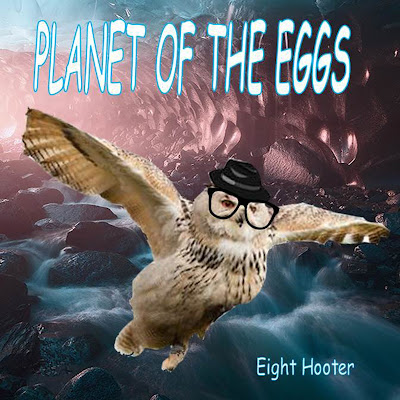 For myself, as a writer, I’ve never really known what direction my career might take. I loved writing novels and I enjoyed creating scripts from the movies in my head.

Yes, I’ve written and published novels; sixteen of them at last count, mostly traditionally published with houses such as Doubleday, Harlequin, Five Star and others, but additionally as an Indie writer.

I’ve also written and optioned a number of screenplays, written blogs (this one included along with being a regular Contributing Editor at TVwriter.net). Be sure to visit. I talk about writing and will be doing a longer, 'how this all started' article there.

But this latest incarnation/twist in my writer’s journey I didn’t see coming. Or, at least it came low on my list.

Technology certainly has had an impact on what I decided to do. I’ve always thought in pictures. Created my novels from the movie in my head and the same for the screen scripts, but this is a whole new ball game.

Recently I released, with a writing and illustrating partner, Charlene Brash-Sorensen, a new comic series, Planet Of The Eggs. First issue, volume one; Cracked Open.

It’s a true labor of love with a learning curve about as steep as can be imagined. I would have said as steep as Everest or maybe the Empire State building, but I think leaving it to your imagination is probably better.

And yes, technology is a big player. I have ideas, lots of them, and I write, lots of stuff, but putting together a comic series? It seemed impossible only a short time ago unless I wanted to approach a comic house and try to sell my ideas. Since this is a blast and not to be trampled (as can many times happen in a development cycle) in my humble opinion, I wanted to do it Indie.

Then I discovered the software. Yep, lots of software. I’m learning a lot about Photoshop, the ins and outs of Power Point and a comic creator software that is great. Learning, learning, learning. That’s Where I’m at. Still learning, but it’s coming together nicely (again in my own humble opinion) and we were very excited to launch Volume 1, Issue 1 just this past week.

It truly is amazing how technology is leaping forward. Yeah, I know, I kind of give away my age saying that, but it’s the truth. From an era to typewriters to this ever-changing, opportunity-generating time, it is, simply amazing. One whole heckuva lot of fun too!

So, now that I’ve shifted gears into this arena will I still be writing books such as Science Fiction, Romance, Horror or Western?  You bet I will! Screen scripts? Yep! I’ve been accused of being too scattered, but I’m having such a good time I really don’t care. For me it’s always been explore, have fun, and see where it takes you.

Grab a copy of the first adventure in Planet Of The Eggs and be sure to watch for the next installment! And don't forget to stop by and like our Planet Of The Eggs Facebook page. We're going to have discussions, giveaways, and more there.
Posted by Peggy Bechko at 10:34 AM No comments:

It's true - I've partnered with Charlene Brash-Sorensen and together we've launched the new comic series Planet Of The Eggs - first issue, Cracked Open. 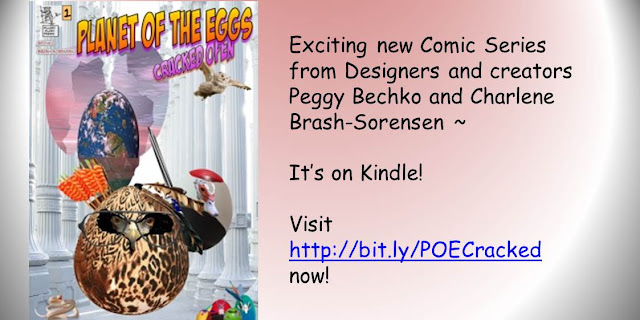 The eggs arrive as darkness descends on the Planet of The Eggs.

Lost in the mists of time the magic of Eggland reemerges with the arrival of the Anointed Six. Under the guardian wing of Eight Hooter, an owl of great wisdom, the newly laid eggs embark on perilous adventures.

A prophesy kept by the Mystic Council heralds their arrival and predicts their rolls in rescuing Eggland from dark forces.

But our eggs are young and untested and unsure. Will they pass the test in the first skirmish with the evil snake BloodBlink or will they fail? 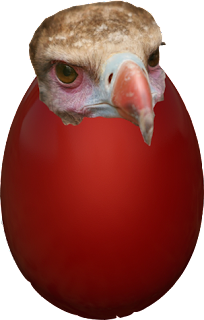 The Golden Feather has been stolen and the eggs of Eggland are cracking.


What dangers and treachery lurk? Will the Eggs run out of time before they come into their own magic and solve the intertwined mysteries?

Follow the adventures, engage with the heroic eggs and follow the trail deeper and deeper into betrayal and the unknown.

But the adventures have just begun! The second adventure is in the works, titled Grimoire: Book of Spells and Lost Knowledge.

Discover you love the characters? There are T-shirts available at Skreened with more on the drawing board!  Be the first to get the book and the T celebrating your favorite character. 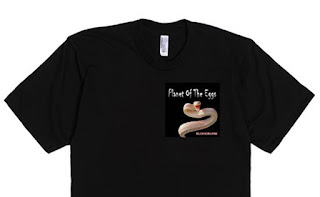 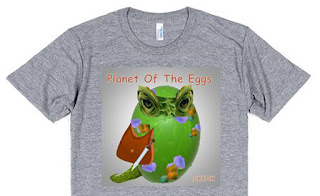 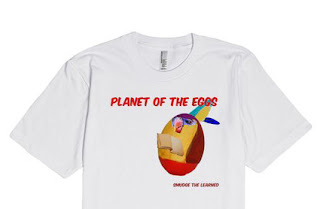 Check out all the designs! at www.Skreened.com/PlanetOfTheEggs

Posted by Peggy Bechko at 11:52 AM No comments: