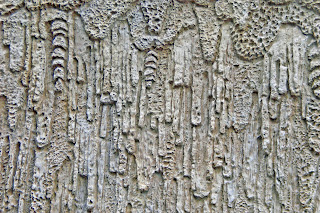 There  are a whole lot of things for writers to consider when they’re writing; lots of things about story and where it’s all going and how to get there.

But there’s another thing to consider when writing and this may well be obvious, but strangely, for some it isn’t. And for others it’s an obsession.

Yep, you know, those folks who’re actually going to buy your books, stories, articles, scripts, whatever.

Sometimes the writer can get so caught up in the reader, pondering where their interests are, what their intelligence level is, how to communicate with them, that they kind of skip over the obvious. The obvious being most surveys reveal that educated people like books. Likewise those same educated people are likely to have an income that allows them to buy books, many times lots and lots of  books.

Surprised? No reason to be. It’s simple logic and math really.

Still,some newer authors believe they have to dumb down their writing because they fear they may alienate vast pools of potential readers they believe they’re writing for. Don’t even go there. It isn’t necessary. Readers  are  a lot smarter than a lot of demographics might lead you to believe. And that’s at the end of the pipeline. Don’t forget if you’re not self-publishing and have chosen to go the traditional publisher route then you’re writing will have to pass the test with (probably) agents and (certainly) editors (maybe) script readers.  If you’re  purposely writing ‘down’, you aren’t going to turn any heads there as they, too, are well educated, and if you self publish and write ‘down’ you’ll just turn off your readers.

So keep the writing loose and simple. Free your vocabulary and don’t think about it so darn much. Use language that is appropriate.  Make your dialog fit your character. A street kid might say ‘icky’, an educated character might say ‘abhorrent’.  Don’t change the language that fits your story in order to ‘dumb it down’ or the reverse, to show off your amazing language skills.

When I was a kid I read with a dictionary handy. What I didn’t understand I looked up. To this day I appreciate a writer who ‘tells it like it is’ using language fitting to plot and characters.  If I come across a word I don’t know I still look it up. When I write if I’m stuck I pull out a thesaurus, then choose a word or rephrase it so it helps build character and plot, not distract from it.

And don’t overexplain to your readers when showing action or your characters’ thoughts either.  They get it. Really.  Give them what they need to know and allow them to use their imaginations to fill in the rest. The reader doesn’t need to see in print every thought that goes through a character’s mind.  As the writer, set the scene, propel the action and let it go.

Readers, be they the ones at the end of the pipeline or those along the way such as agents and editors who can help you, will respond to honest, unpretentious writing.