Too Many Words- A Writer's Dilemma


Work continues on my latest project, Planet Of  The Eggs – Cracked Open! A new comic series full of heroes, adventures and villainy. But while I work on that project I thought I’d put out a few thoughts on the very lengthy novel, a whole different animal than what I’m currently writing with partner Charlene Brash-Sorensen. Launching very soon now. 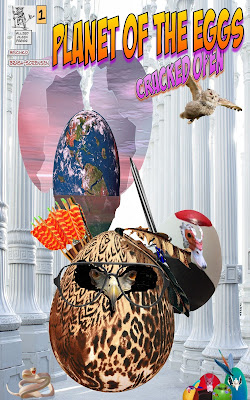 There are times when writers go on a little too much – create a tome that’s a little too long.  Perhaps not a problem for a reader engrossed in a really great novel, but for the writer, it can be troublesome.

There are guidelines put out by publishers as to acceptable length of a novel in a particular genre or in general. And there’s the writing process itself, or more to the point, the aftermath wherein the writer puts the manuscript out there for friends and family to give a bit of feedback. Not much of a problem getting a friend to read an average 70,000 word novel, doesn’t take a whole lot of time. But that 160,000 word manuscript is a bit of a harder sell.

And don’t forget the length of a novel can get a response from a prospective agent that the manuscript is unmarketable at that length.  Oh, and if you’re paying for professional editing before putting it out there, editors charge by the word or the page. Kind of gives the writer pause.

So what is the writer to do? There are basically two fundamental options in this case.

First, it behooves the writer to really think about whether he or she is waaaay over writing. Also up for consideration is how much can be cut and still keep the heart of the manuscript intact. Usually, especially with new writers, there’s a lot that can be cut (sorry, hard to hear, but true). That’s the first consideration. I cut a manuscript by a third at the request of an editor years ago with no guarantee of publication if I did – I did it and it was published – by Doubleday. So it is worth considering.

There are simply times when massive cuts not only won’t hurt the story, but could well end up helping. An open mind and a willingness to work with others is always an asset.

Nonetheless, there’s another option. The writer might stop and think about whether he or she has actually written two or three books into one. It’s possible that a Lord of the Rings Trilogy has been written and stuffed into one manuscript. They may not yet show their distinctive breaks, but in the hands of a good writer a series of three, or even more, may be a great alternative to a single epic. And a trilogy can be a great way to pull in readers and keep them coming back for more.

So if you’re a writer with a really long manuscript you’ve just completed, consider the suggestions above. Really give it some thought. Try not to get caught in the trap of too many words.